I’m an employer, get me out of here! 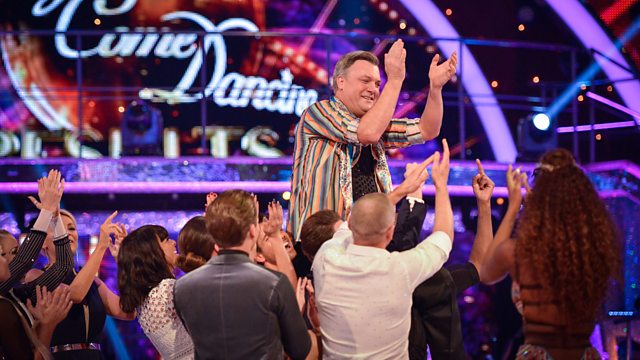 You can tango round the ballroom, bake a showstopper sponge, eat spiders in the jungle or have a bust-up in the boardroom with Lord Sugar. There are endless opportunities to appear on reality television. But will you have a job to come back to? Katie Mahoney, a solicitor with Doyle Clayton, looks at what employers need to know when an employee wants their 15 minutes of fame…

It’s unusual for the highbrow sphere of monetary policy-making to find itself connected to the world of reality daytime TV, but this is exactly what’s happened over the last few weeks.

Mark Carney’s (the Governor of the Bank of England) ex-PA, Jane Webster, appeared on the Jeremy Kyle Show earlier this year to, among other things, take a lie detector test and deny accusations of being unfaithful. It appears that shortly after going on the programme, Ms Webster left her employment at the Bank of England. Despite the Bank of England explaining that Ms Webster left her employment of her own accord, over the last few weeks it has still found itself caught up in a PR storm surrounding her departure. With the increase of reality TV programmes on our screens and the desire of people to have their 15 minutes of fame, the overlap between reality TV and employment issues is becoming more and more relevant.

What can an employer do if an employee asks for time off to appear on a TV programme?

First, employers should consider how much time off work their employee needs so they can appear on their chosen TV programme. Whilst employers have the right to defer holiday requests, this right must be exercised reasonably and only for business reasons – it should not be used simply as an excuse to block an employee’s moment in the limelight. If, however, the employee does not have enough holiday left and, instead, requests unpaid time off, employers are not obliged to agree to this.

Can an employer stop an employee going on the programme?

If the nature of the TV programme is not in keeping with the organisation’s business image and it does not wish to be associated with the show, employers should write to the employee setting out their concerns. In this letter, they can explain that permission to appear on the programme is granted on the basis that the employee does not talk about their employer, that they show a copy of the letter to the programme’s producers and that the employee returns a signed copy agreeing to those conditions.

If the employer does not want the employee taking part at all and there are good business reasons for this, then it may be reasonable to instruct the employee not to appear on the programme. Employers should set out their position in writing and explain the consequences of any breach of these instructions, which could include disciplinary action up to and including dismissal.

What if an employee does not seek permission in advance?

An employee may not even tell their employer that they are appearing on a TV programme. It is unlikely that many employers will currently have anything in their Employee Handbook dealing specifically with this point. If such an appearance is something which the organisation would have real concerns about, then they should certainly consider introducing a contractual requirement that employees must notify them before agreeing to appear on a TV show. Alternatively, they may wish to consider introducing a short policy into the Handbook which sets out what may and may not be acceptable (e.g. standards of behaviour expected and whether or not the employee is permitted to mention their employer and, if so, to what extent?).

What happens when it all goes wrong?

What can an employer do if an employee has humiliated themselves, behaved inappropriately or brought the company into disrepute on TV? Much will depend on the circumstances. For example, did the employer impose any conditions on the employee’s appearance on the programme? If it set clear parameters on the expected standard of behaviour, which the employee has ignored or breached, then disciplinary action may be appropriate. Similarly, if the employee did not seek permission prior to going on the show, but their behaviour was so terrible as to cause actual harm to the organisation and/or its reputation, then again disciplinary action may be appropriate.

If a client or colleague no longer wishes to work with the employee as a result of their behaviour on the show, or perhaps something the employee reveals about their past, the employer should deal with the situation in the same way as any other complaint, starting with a full investigation.  Any dismissal of the employee is unlikely to be fair unless there is evidence that the employees’ actions, or what was revealed about their past, makes them unsuitable to do their job or has caused actual damage to the employer’s reputation or is likely to do so.

With the number of reality TV shows on the increase and the lust from Joe Public for their moment of fame, it is highly likely that these are issues that an increasing number of employers are going to have to deal with on a more regular basis.