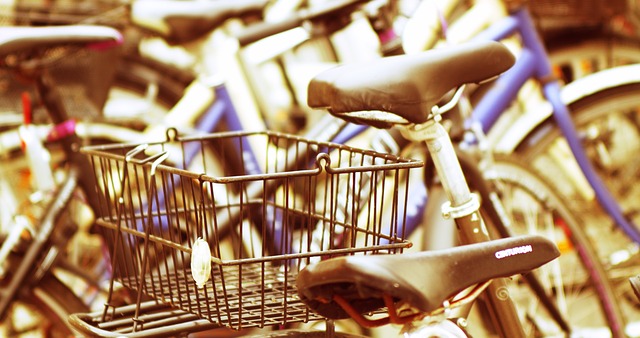 The government must close loopholes that allow companies to use bogus “self-employment” status, says a new report published today.

The joint report by the Work and Pensions and Business, Energy and Industrial Strategy (BEIS) Committees says the law must not continue to allow companies to exploit workers to gain a competitive advantage.

The committees have prepared a draft Bill that they say would ‘end the mass exploitation of ordinary, hard-working people in the gig economy’. The draft legisalation seeks to stop the ‘route to cheap labour and tax avoidance’.

In the new report A framework for modern employment, the two committees present the Prime Minister with an ‘opportunity to fulfil the promise she made on the made on the steps of Downing Street on her first day in office, says the Rt Hon Frank Field MP, Chair of the Work and Pensions Committee.

“It is time to close the loopholes that allow irresponsible companies to underpay workers, avoid taxes and free ride on our welfare system. The Bill would put good business on a level playing field, not being undercut by bad business,” he says.

The report builds on the recommendations made in the Taylor Review, including the urgent and overwhelming case for increased clarity on worker status. It says that some of Matthew Taylor’s recommendations should be able to be made satisfied through changes to policy or secondary legislation ‘but the most transformative require primary legislation’.

The current situation puts ‘an unacceptable burden on workers to address poor practice through an expensive and risky court case while the companies themselves operate with relative impunity’, says the report. The committees recommend that this is provided by primary legislation reflecting the case law that has already been built up.

Legislation needs to be clarified, says the report, to protect the legitimately self-employed. It also calls for a new presumption of “worker by default” which would require companies to provide basic safety net standards of rights and benefits to their workers—or prove that their working practices are genuinely reflecting of self-employment.

There should also be an obligation on employment tribunals to consider the increased use of higher, punitive fines and costs orders if an employer has already lost a similar case, and enabling use of class actions in disputes over wages, status and working time, would reduce the chance and opportunity for employers to simply “wait and see” whether individuals are willing to risk pursuing their rights, says the report.

Rachel Reeves MP, Chair of the Business, Energy and Industrial Strategy Committee, says: “Uber, Deliveroo and others like to bang the drum for the benefits of flexibility for their workforce but currently all the burden of this flexibility is picked up by taxpayers and workers. This must change. We say that companies should pay higher wages when they are asking people to work extra hours or on zero-hours contracts.”

She adds that recent cases demonstrate a need for greater clarity in the law to protect workers.

“Responsible businesses deserve a level-playing field to compete, not a system which rewards unscrupulous businesses. We need new laws but also much tougher enforcement, to weed out those businesses seeking to exploit complex labour laws, and workers, for their competitive advantage,” says Reeves.

The expansion of self-employment and business models built around flexible work on digital platforms promise positive opportunities for entrepreneurs, workers and consumers alike, says the report. However, it claims that these changes also create confusion about the rights and entitlements of workers, and add to the potential for exploitation.

The report suggests that evidence tells us this exploitation is already occurring. This raises the important question of what changes to legal and regulatory frameworks are required to protect workers in the modern labour market.

The report says: “We have produced a draft Bill that would take forward the best of the Taylor Report recommendations. We hope the Government will engage with the spirit of our draft Bill, and will not hold against us any deficiencies in drafting. This is presented alongside the proposals on which we have collected evidence and which we believe should be part of a new protective legislative framework.”

The report also looked at the minimum wage, saying that workers ‘should not be faced with a choice between not working, or working for below minimum wage’.

The Government should rule out introducing any legislation that would undermine the National Minimum Wage/National Living Wage and close loopholes that allow agency workers to be paid less than permanent employees doing the same job must be closed.

The report calls for enforcement bodies and the Director of Labour Market Enforcement to be given more resources to root out bad practice. It says that companies that flout the law should be named and shamed, punative fines should be issued and concentrated “deep dives” in industry sectors and geographic areas, where there is evidence of abuse, by all the enforcing bodies should become a regular part of the armour to protect vulnerable low paid workers.