How to deal with a pregnancy harassment grievance… 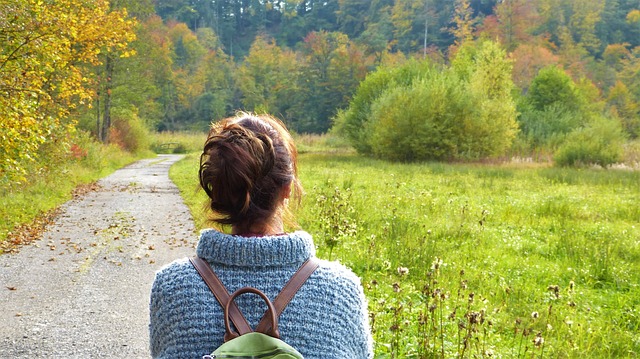 Q: A line manager (Susan) has made negative comments about a pregnant employee (Charlotte), saying she’s useless in her state and is dragging the team’s performance down. The manager’s bonus is determined by team performance. The pregnant employee has been with us for five years and her sales figures have massively dropped (50% of normal). She’s now raised a pregnancy harassment grievance and gone off with stress. What claims could we face and how much could it cost us?

Okay, let’s get the expected bit out of the way first: pregnant workers do obtain advanced protection from detriment under UK employment law.  However, unknown to some, that doesn’t entirely prevent genuine concerns about an employee’s conduct and/or performance being investigated if they have nothing to do with their pregnancy.  Unfortunately, in this case, the line manager’s comments appear to be entirely influenced by the employee’s pregnancy and that is a big risk for the employer.

So, why is that the case?  Well, put simply, the Equality Act 2010 (the “Equality Act”) protects pregnant employees (and employees on a subsequent period of Maternity Leave or Shared Parental Leave) from detriment due to any effect of their pregnancy.  That’s the big one just there: ‘any effect’.  So, if an employee suffers from morning sickness and this affects her performance, this can’t be used to justify performance managing her.  If an employee suffers from extreme morning sickness and uses sickness absence days on the worst affected days, this can’t be used to justify a formal absence management process and so on.

Let’s have a more detailed look at this particular scenario and no, before you ask, the fact the Line Manager is also female has no bearing on whether she discriminated against Charlotte or not in comparison with a male line manager.

So, what are the risks to the employer?  Well, firstly, Susan’s comment about Charlotte being “useless in her state” is direct discrimination.  This is because Susan is treating Charlotte less favourably than non-pregnant employees by judging that she is less useful to the company due to her pregnancy.

Secondly, Susan’s comment about Charlotte “dragging the team’s performance down” is also discriminatory if the reason for her poor performance is related to the pregnancy (i.e. due to lowered attendance due to pregnancy-related sickness and/or pregnancy-related appointments or due to ill-health during working hours (e.g. morning sickness)), which appears likely.

Susan’s comments to Charlotte could well constitute harassment on account of Charlotte’s pregnancy.  This is because Charlotte is likely to feel that the comments create a hostile, degrading, humiliating and/or offensive environment for her to work in, which is the legal definition of harassment.  This would be the case even if Susan didn’t intend the comments to have this effect.  This is because the current harassment rules under the Equality Act only focus on how the words are perceived by the recipient and not the intention of the speaker.

Charlotte has just raised a formal pregnancy-related harassment grievance. She is protected against any detriment in raising this grievance courtesy of the Equality Act.  Therefore, for example, if Charlotte is suddenly demoted, subject to further negative comment or invited to a formal performance management meeting as a direct result of her raising her grievance, she would be able to bring a victimisation claim at Employment Tribunal whilst still an employee.

On the above facts, there is limited scope for an indirect discrimination claim.  Whilst this sounds good, unfortunately, this is because the employer has directly discriminated against Charlotte (for which there is no direct defence in law).

This being said, if Charlotte’s performance is due to complete lack of effort and can’t be linked to her pregnancy, then the employer is free to go down this road.  However, this remains a risky path (albeit it would be easier if Charlotte had been subject to formal performance action before becoming pregnant) and the employer should obtain legal advice before taking any action.

What if Charlotte brings an Employment Tribunal claim?  How much could it cost the employer?

Charlotte is able to bring a discrimination claim while still an employee of the company.  This is in contrast to Unfair Dismissal actions, where you either have to resign or be dismissed first.  Therefore, Charlotte could bring legal action against the company whilst still an employee and, additionally, whilst protected against any detriment as a result of her legal claim (which would constitute victimisation under the Equality Act 2010 and breach whistleblowing regulations and enable her to bring further legal action).  Obviously, this would be an uncomfortable situation for the employer and one best avoided.

I mention Unfair Dismissal above and there is technically a risk that Charlotte could resign from the company in protest and claim Constructive Unfair Dismissal.  However, this is doubtful without further discriminatory action by the employer and it is unlikely that Charlotte would risk losing her job (and income) in the meantime.

This, alongside the fact that discrimination victims are also compensated for loss of earnings (usually up to £36,000), can create some of the huge compensation sums you see in the media on a fairly regular basis.  In this case, depending on other facts, the employer could conceivably be due to pay Charlotte the equivalent of 6 – 24 months’ pay (this includes the injury to feelings award) if she is successful in her discrimination claims.

Put simply, the employer should now fully investigate the grievance and seek to mediate the situation and regain the trust of the employee.  A failure to do so is likely to lead to further action against the employer by Charlotte.  If so, the employer will have the choice of defending her claim down the line or attempting a Settlement Agreement; whichever way, it won’t be cheap for the employer and Susan’s words may well prove expensive!