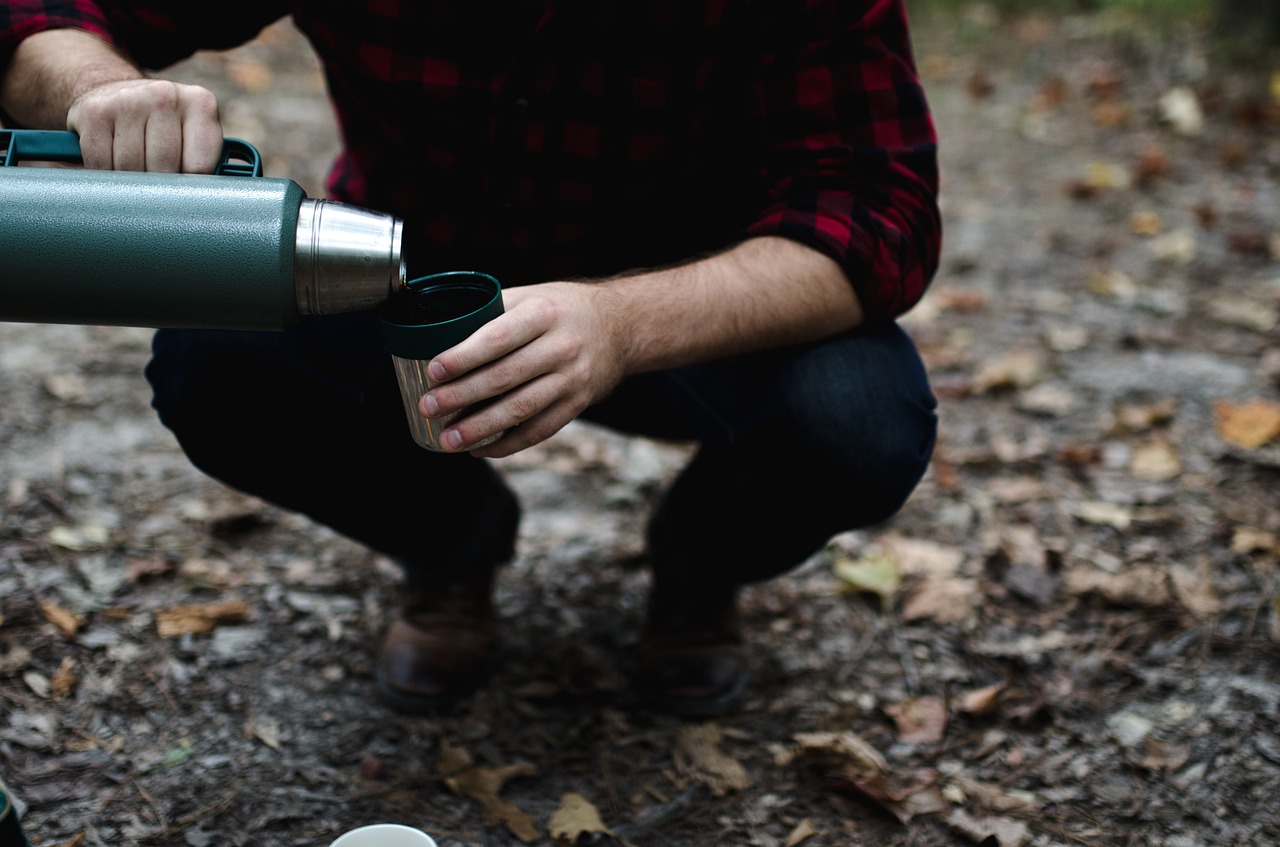 Judgment handed down on 16 November 2016

Prior to July 2012, the Claimant had an eight and a half hour working day, paid for eight hours, with the intention that he take a half hour unpaid lunch break (although the nature of his work meant that this could be difficult to fit into the working day).  On 16 July 2012, the Respondent emailed the Claimant expressing its expectation (at best) or instruction (at worst) that he was to work straight through for eight hours, without the half hour break, but then to leave earlier than he would have done before.  In July 2014, the Claimant lodged a grievance complaining that he had been forced to work without a break, which had contributed to a decline in his health.

Determining the Claimant’s complaint that he had been denied his entitlement to a 20 minute uninterrupted rest break, as provided by Regulation 12(1) Working Time Regulations 1998 (“the WTR”), the ET considered it was required to follow the approach laid down by the EAT in Miles v Linkage Community Trust Ltd [2008] IRLR 602, which had held that there had to be an actual refusal of a request to exercise the right to a rest break in order to give rise to a legal liability under the WTR.  Adopting that approach, the ET concluded:

The claim was therefore dismissed.  The Claimant appealed.

There were conflicting decisions of the EAT on the approach to be taken to rights to rest under the WTR.  As the WTR had been introduced to implement the Working Time Directive (“the WTD”), it was appropriate to consider the language and purpose of the WTD, as explained by the Court of Justice in Commission v UK C-484/04 [2006] IRLR 888.  Adopting that approach, it was clear that the construction of the WTR allowed by the EAT in Scottish Ambulance Service v Truslove UKEATS/0028/11 was to be preferred to that in Miles.  As the ET’s reasoning followed the approach laid down in Miles, the appeal would be allowed and the case remitted for determination of the issues in the light of this Judgment.

The Relevant Background and the ET’s Conclusions and Reasoning

“20. … agreement was only sought from those SQSs who were present at the meeting.  The claimant was not there and we were told that 2 SQSs dissented at the time (although they agreed subsequently) … the agreement reached with the SQSs was not a Workforce Agreement, as it did not meet the conditions of para 1 Schedule 1 WTR (it was not in writing for a start) [it] did not therefore have the effect of modifying or excluding the statutory entitlement to a rest break but that is what it purported to do. …”

“23. … the claimant had not made any requests of his line manager(s) for a rest break at any time after the 2012 email.  The explanation for why he did not do [so] can be found in the notes: he thought that if he brought it to the attention of his line manager, he would be sent back to driving duties.  Whilst the Claimant may not have explicitly requested a rest break, we know from the evidence of Mr Smith [the Respondent’s Roadside Controller] that the Claimant told him that he was not happy working an 8 shift without a break.  Mr Smith told us that breaks could be taken as and when but 30 minutes could not normally be taken in one go. … it does not appear that he made the Claimant aware of this, which is unfortunate.”

“27. Notwithstanding our judgment, we are concerned that the Respondent appears to have agreed/condoned working arrangements which discourage employees from taking their statutory rest breaks.  This runs contrary to the health and safety aims of the Working Time Directive upon which the Working Time Regulations are based.  The Regulations do allow for flexibility in rest breaks to be achieved by means of a properly constituted Workforce Agreement.  The Respondent has a recognised trade union and it seems to us that in this particular case, an agreement could have been reached which met the needs of the service but at the same time assured employees such as the Claimant that they were still entitled to take a proper rest break at a convenient point during their shift.  The Respondent was aware of the Claimant’s specific need for regular rest breaks and had it acted promptly in addressing his concerns we feel certain that these proceedings could have been avoided. …”

The Relevant Legislative Provisions and Discussion of the Case Law

(1) Where a worker’s daily working time is more than six hours, he is entitled to a rest break.

(2) The details of the rest break to which a worker is entitled under paragraph (1), including its duration and the terms on which it is granted, shall be in accordance with any provisions for the purposes of this regulation which are contained in a collective agreement or a workforce agreement.

(3) Subject to the provisions of any applicable collective agreement or workforce agreement, the rest break provided for in paragraph (1) is an uninterrupted period of not less than 20 minutes, and the worker is entitled to spend it away from his workstation if he has one.

“… [the worker must know] at the start of the rest break that it is such.  [That is] … an uninterrupted period of at least 20 minutes which is neither a rest period nor working time and which the worker can use as he pleases.”  See per Peter Gibson LJ in Gallagher v Alpha Catering Services Ltd [2005] IRLR 102 CA, at paragraph 50.

“(5) All workers should have adequate rest periods.  T he concept of “rest” must be expressed in units of time, ie in days, hours and/or fractions thereof.  Community workers must be granted minimum daily, weekly and annual periods of rest and adequate breaks.  It is also necessary in this context to place a maximum limit on weekly working hours.”

Member States shall take the measures necessary to ensure that, where the working day is longer than six hours, every worker is entitled to a rest break, the details of which, including duration and the terms on which it is granted, shall be laid down in collective agreements or agreements between the two sides of industry or, failing that, by national legislation.”

“62. The wording of the different provisions of the Directive is highly inconsistent depending on language version and also within individual language versions.  Admittedly, for example in its English version in Articles 3, 4, 5 and 7 the term ‘entitled to’ is used throughout, which could be interpreted as meaning a mere entitlement.  However, in the French, Italian and Portuguese language versions of those articles the terms ‘bénéficie’ (French), ‘benefici’ (Italian) and ‘beneficiem’ (Portuguese) are used, which may be translated into German as ‘genießen’ (‘enjoy’) or ‘zugute kommen’ (‘benefit’) and therefore could also be interpreted as meaning an obligation of result.  In other language versions again, the use of terminology is not even consistent within the various provisions on rest periods (Articles 3, 4, 5 and 7).  Thus for example the German version of Articles 3, 4 and 5 contains the expression ‘gewährt wird’, whereas Article 7 uses ‘erhält’.  Articles 3 and 5 of the Spanish version use the term ‘disfruten’, whilst Article 4 reads ‘tengan derecho a disfrutar’ and Article 7 simply ‘dispongan’.  In a similarly inconsistent manner the Dutch version uses the word ‘genieten’ in Articles 3 and 5 but the word ‘hebben’ in Article 4, and the expression ‘wordt toegekend’ in Article 7.

Having thus analysed the various language versions of the WTD, the Advocate General took the view:

“64. Contrary to the view of the United Kingdom, no qualitative distinction can be derived from the respective choice of wording between the requirements of Articles 6 and 8 of the Directive [maximum weekly working time and night work], on the one hand, and Articles 3 and 5 [daily and weekly rest] at issue here, on the other. …”

(3) Where an employment tribunal finds a complaint under paragraph (1)(a) well-founded, the tribunal –

(a) shall make a declaration to that effect, and

(b) may make an award of compensation to be paid by the employer to the worker.

(a) the employer’s default in refusing to permit the worker to exercise his right, …”

“29. … It is well established that such regulations should be construed so as to carry out the obligations of and not to be inconsistent with the underlying directive.”

“33. … On any basis, Mrs MacCartney had daily working time of more than six hours.  She was therefore entitled, if reg. 12 applied, to a rest break.  It was not sufficient to leave her to take such rest as she could during her working time.  She was entitled to an uninterrupted period of at least 20 minutes, and she was entitled to know at the start of the rest break that it would be such.

“67. … normally be excessive, if not even impossible, to demand that employers force their workers to claim the rest periods due to them. … Accordingly, … not least for practical reasons, the employer’s responsibility concerning observance of rest periods cannot be without limits.”

“68. However, an employer may on no account withdraw into a purely passive role and grant rest periods only to those workers who expressly request them and if necessary enforce them at law.  Not only the risk of losing a case, but also the risk of becoming unpopular within the business merely for claiming rest periods could distinctly hamper effective exercise of those rights to ensure protection of the health and safety of workers.

“44. … by restricting the obligations on employers as regards the workers’ right to actually benefit from the minimum rest periods provided for … [by the WTD] … and, inter alia, letting it be understood that, while they cannot prevent those rest periods from being taken by the workers, they are under no obligation to ensure that the latter are actually able to exercise such a right, the guidelines are clearly liable to render the rights [thus] enshrined … meaningless and are incompatible with the objective of that directive, in which minimum rest periods are considered to be essential for the protection of workers’ health and safety …”

“… there is nothing that gives us any guidance in the Directive. …”

“27. … this requires answers to two questions.  Did the claimant exercise the right?  Did the respondent refuse him permission to do so?  And in those circumstances it is correct to say that the obligation is triggered when there has been an actual refusal by an employer. …”

“42. … the claim had to be brought within the prescribed period of the time when the claimant should have been given a compensatory rest period. …”

“29. … As the Advocate-General in the ECJ case of [Commission v UK] observed, an employer cannot withdraw into a passive role and grant rest periods only to those workers who ask for them (see paragraph 68).  The onus is on the employer where daily rest periods are concerned.  It would, accordingly, be invidious to interpret the legislation in a manner which renders the enjoyment of the right dependent on the worker asking for that which the WTR already gives to him.  That would, however, seem to be inherent in the Respondent’s primary approach, which places such emphasis on the need for there to have been a request and a decision to permit or refuse. …”