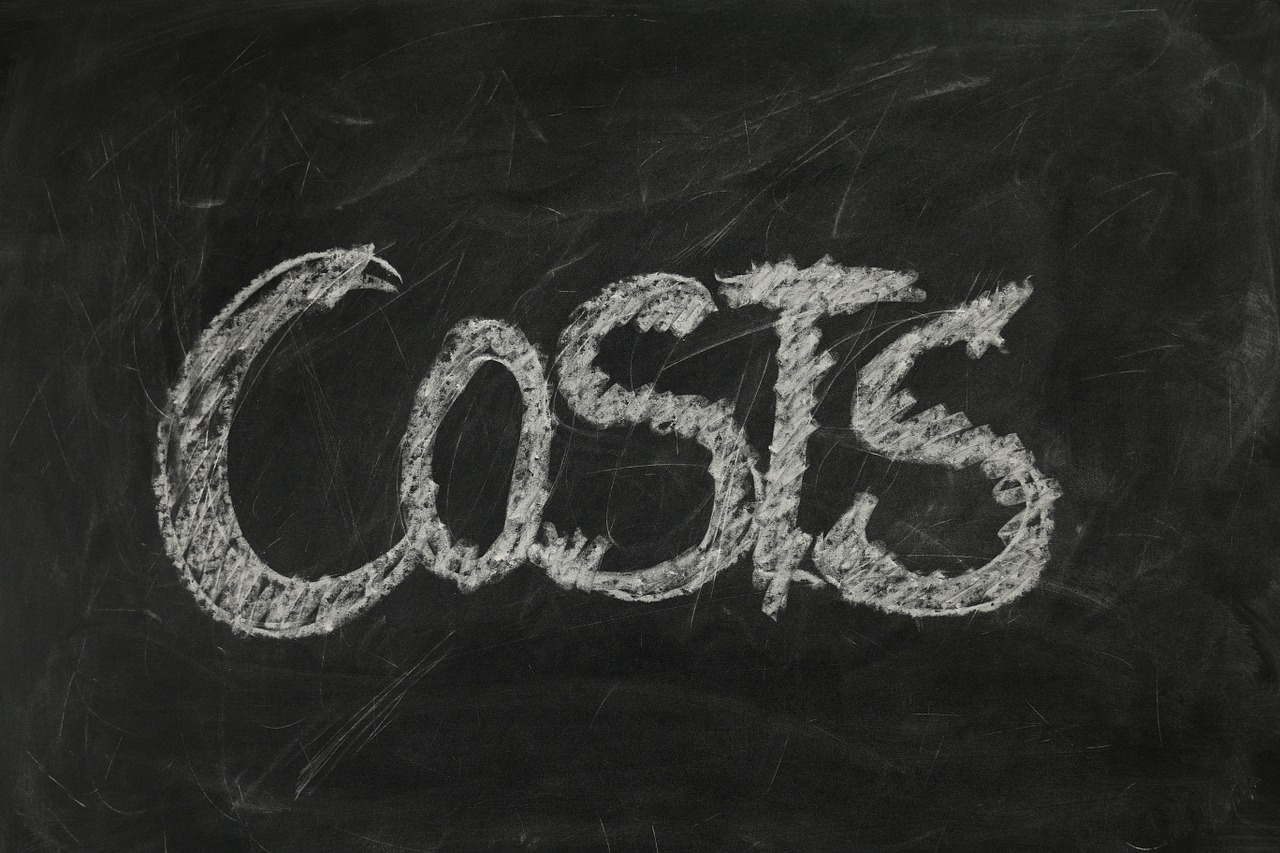 Judgment handed down on 16 December 2016

The Employment Tribunal sufficiently explained its reasons for holding that (subject to the question of ability to pay) the Claimant should pay the whole of the Respondents’ costs.  However the Employment Tribunal, having decided to take account of the Claimant’s ability to pay and having found that he was impecunious, did not sufficiently explain why it considered that he would have the future earning capacity to pay a Costs Judgment of more than £100,000; and did not explain why it had not considered ordering a proportion of the costs or a capped amount of costs taking account of the Claimant’s ability to pay.  Arrowsmith v Nottingham Trent University [2012] ICR 159 and Vaughan v London Borough of Lewisham and others [2013] IRLR 713 considered and applied.  Appeal allowed on that ground alone.  Remitted to same Employment Tribunal.

Note.  The Respondent had taken the unusual step of serving a statutory demand on the Claimant as a precursor to bankruptcy proceedings.  The Judgment discusses the potential effect of bankruptcy on further litigation brought by the Claimant; and holds that an applicant for costs who argues that the future earning capacity of the paying party should be taken into account ought to inform the Employment Tribunal if there is any intention to serve a statutory demand and commence bankruptcy proceedings in the near future.

The Employment Judge did not err in law in rejecting the Claimant’s case that he had a disability during a relevant period in 2014.  J v DLA Piper UK [2010] ICR 1052 discussed and applied in the context of absence described as “stress” or “work related stress”.

“(1) A Tribunal may make a costs order or a preparation time order, and shall consider whether to do so, where it considers that –

(b) any claim or response had no reasonable prospect of success; …”

“In deciding whether to make a costs, preparation time, or wasted costs order, and if so in what amount, the Tribunal may have regard to the paying party’s (or, where a wasted costs order is made, the representative’s) ability to pay.”

“36. … The claimant steadfastly and unreasonably refused to accept the non discriminatory explanations provided for the acts of which he had complained.  Moreover, the vast majority of the complaints were known by him to be out of time.  The claimant has argued that he had reason to believe the complaints were well founded as a result of (i) advice which he had received, which we find he at best unreasonably misconstrued, and (ii) the respondents’ attempts to settle the complaints, which we found did not undermine their claim for costs.

“38. In deciding whether to make a costs award we may have regard to the paying party’s ability to pay, we note we are not required to do so.  However, in this case we consider that there are no reasons why we should disregard the claimant’s means, the claimant has provided a statement of means; of expenditure and assets. …”

“39. We adjudicate the claimant’s means at present to be impecunious.  However, we are mindful that the claimant is a qualified teacher.  He is 40 years of age.  Although currently unfit for work because of stress at work, we have no reason to expect that the claimant will not, putting this litigation behind him, aware that he has not been discriminated against by the respondents as he alleged, be able to resume an active working life whether with the respondents returning to the West Midlands, albeit on a week day only term-time only basis in lodgings, or in some other employment.  The claimant has savings of £2,000.00 in the bank albeit earmarked he tells us as a fund for his baby daughter who is currently 15 months old.  In light of the claimant’s future earning potential we consider that it is highly likely that the claimant will return to full time employment whether with the respondents or at another School or working as a supply teacher as he had done for many years before his appointment at the respondent.  We are of the view that any award of costs, in the sum to be assessed, is a sum which the respondents may choose to enforce, if not immediately, then at such time as they consider that the claimant is in a position to discharge any liability.

The Grounds of Appeal

“The vital point in exercising the discretion to order costs is to look at the whole picture of what happened in the case and to ask whether there has been unreasonable conduct by the claimant in bringing and conducting the case and, in doing so, to identify the conduct, what was unreasonable about it and what effects it had. …”

“28. The starting point is that even though the tribunal thought it right to ‘have regard to’ the appellant’s means that did not require it to make a firm finding as to the maximum that it believed she could pay, either forthwith or within some specified timescale, and to limit the award to that amount.  That is not what the rule says (and it would be particularly surprising if it were the case, given that there is no absolute obligation to have regard to means at all).  If there was a realistic prospect that the appellant might at some point in the future be able to afford to pay a substantial amount it was legitimate to make a costs order in that amount so that the respondents would be able to make some recovery when and if that occurred.  That seems to us right in principle: there is no reason why the question of affordability has to be decided once and for all by reference to the party’s means as at the moment the order falls to be made.  And it is in any event the basis on which the Court of Appeal proceeded in Arrowsmith, albeit that the relevant reasoning is extremely shortly expressed.  It is necessary to remember that whatever order was made would have to be enforced through the County Court, which would itself take into account the appellant’s means from time-to-time in deciding whether to require payment by instalments, and if so in what amount.

“42. The first point concerns the legitimacy in principle of the kind of distinction made by the tribunal, as summarised at para 33(3) above, between two states of affairs which can produce broadly similar symptoms: those symptoms can be described in various ways, but we will be sufficiently understood if we refer to them as symptoms of low mood and anxiety.  The first state of affairs is a mental illness – or, if you prefer, a mental condition – which is conveniently referred to as “clinical depression” and is unquestionably an impairment within the meaning of the Act.  The second is not characterised as a mental condition at all but simply as a reaction to adverse circumstances (such as problems at work) or -if the jargon may be forgiven – “adverse life events”.  We dare say that the value or validity of that distinction could be questioned at the level of deep theory; and even if it is accepted in principle the borderline between the two states of affairs is bound often to be very blurred in practice.  But we are equally clear that it reflects a distinction which is routinely made by clinicians – it is implicit or explicit in the evidence of each of Dr Brener, Dr MacLeod and Dr Gill in this case – and which should in principle be recognised for the purposes of the Act.  We accept that it may be a difficult distinction to apply in a particular case; and the difficulty can be exacerbated by the looseness with which some medical professionals, and most lay people, use such terms as “depression” (“clinical” or otherwise), “anxiety” and “stress”.  Fortunately, however, we would not expect those difficulties often to cause a real problem in the context of a claim under the Act.  This is because of the long-term effect requirement.  If, as we recommend at para 40(2) above, a tribunal starts by considering the adverse effect issue and finds that the claimant’s ability to carry out normal day-to-day activities has been substantially impaired by symptoms characteristic of depression for 12 months or more, it would in most cases be likely to conclude that he or she was indeed suffering “clinical depression” rather than simply a reaction to adverse circumstances: it is a common sense observation that such reactions are not normally long-lived.”

“(2) However, in reaching those conclusions the tribunal should not proceed by rigid consecutive stages.  Specifically, in cases where there may be a dispute about the existence of an impairment it will make sense, for the reasons given in para 38 above, to start by making findings about whether the claimant’s ability to carry out normal day-to-day activities is adversely affected (on a long-term basis), and to consider the question of impairment in the light of those findings.”

“[21.1.] As to dyslexia, the respondent does not deny that Mr Herry has the condition, but does not concede that it amounted to a disability.  It points out that for the first two and a half years of his employment he was able to function effectively as a teacher without his asking for any adjustments, or his colleagues knowing of his condition.  That, I am sure, is as a result of his coping strategies.

[21.3.] I take notice of the obvious fact that teaching is itself a very demanding occupation, and must in the nature of things be stressful from time to time: the fact that Mr Herry was able to work in that capacity is, I think, a helpful indication of the effectiveness of his acquired coping strategies in most situations.  It is true that the period when he was working is well before the time material for this case, but there has been no suggestion from him that his dyslexia has become more severe, or his strategies less effective, over the intervening time.  He has not discharged the burden on him of showing that his condition of dyslexia had a substantial adverse effect on his ability to carry out normal day to day activities.