How to use a settlement agreement in a collective redundancy situation

Tom Sharpe, a Legal Director, Birketts LLP looks at the dos and don’ts of using settlement agreements in collective situations, and offers some guidance to HR professionals and employers.

Managing the requirements of a collective redundancy consultation process can be a complex affair, and the timescales involved are lengthy. As a result, employers implementing such a process naturally seek to identify areas where efficiencies can be achieved. If an employer wants to minimise the risk of claims, usually in return for an enhanced redundancy payment, the use of bulk settlement agreements is an efficient method of achieving this.

Getting the settlement agreements of a large number of employees signed off by a number of different law firms can prove to be a very time consuming process, which inevitably involves considerable duplication of effort. In contrast, appointing a single law firm to negotiate a template settlement agreement on behalf of the employees, and to be on hand to provide legal guidance to those employees who elect to enter into the agreement, can significantly speed up and streamline the whole process.

Can the employer insist on the employee receiving advice from the firm chosen to advise on the bulk settlement agreement?

The right to be represented by a solicitor of your own choice is a well-established principle. As a result, it is not open to employers to insist that employees consult the firm chosen to advise on bulk settlement agreements (and any chosen adviser would likely object to such an approach in any event, due to potential conflicts with the Solicitors Code of Conduct).

Furthermore, although the employer could choose to only reimburse the legal costs of the chosen adviser in an attempt to discourage employees from appointing an alternative adviser (there being no obligation to pay a contribution at all), that would simply act as a disincentive to sign, so would not represent a constructive approach. Ultimately, if an employee insists on instructing their own solicitor they are free to do so, but in this case the employer could legitimately limit any contribution to the amount that would otherwise have been payable to the appointed provider.

Will the instruction of a single firm to advise on bulk settlements impact on the independence of the advice provided to the employees?

Assuming the appointed provider is a firm of solicitors (specific requirements apply to other persons authorised to advise on settlement agreements), in order to be independent the adviser must not be ‘…employed by or…acting in the matter for the employer or an associated employer.’

Although the employer may have negotiated a volume discount with the chosen provider, and potentially facilitated a discussion of the background facts and circumstances giving rise to the proposed use of bulk settlement agreements, the provider will be acting for the affected employees, not the employer. As a result, their independence is preserved. This was confirmed by the EAT in the case of McWilliam and others v Glasgow City Council UKEATS/0036/10.

Does each employee need to attend a separate meeting? 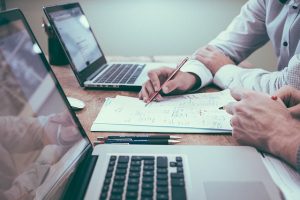 Technically, the reference to ‘independence’ relates to the status of the adviser, not the meeting in which the advice is provided, so it is at least conceivable that employees could be lawfully advised en-masse. In the McWilliam case (above), employees were invited to a group presentation at which a panel solicitor explained the terms and effect of the settlement agreement, but then were given the option of attending an individual meeting with a different panel solicitor. This was upheld by the EAT as meeting the legal requirements for a valid settlement agreement. The EAT also confirmed that there was no duty on the adviser to advise the individual whether the proposed terms represented a good deal, only to advise on the terms and effects of the agreement.

The best practical approach is usually to provide the employees with some standard collective advice on the proposed agreement (perhaps in the form of FAQs), in advance of holding individual consultation meetings. Individual appointments will therefore need to be factored in when assessing timescales for completion, but the benefit of a volume approach is that such appointments should take less time on account of the fact that the adviser (and the individual, if given information in advance) will already be familiar with the content of the agreement and the issues involved.

Having chosen to appoint a single firm to advise, how can an employer sensibly utilise bulk settlement agreements in the most cost effective manner? As ever, the specific facts of any given situation dictate the best approach, but a number of common principles apply:

Arrange for a representative of the chosen provider to liaise with your own lawyers and/or HR team to first agree the basic terms and to manage the settlement agreement element of your redundancy programme. Of course, there may still be some individual points relevant to particular individuals which require specific discussion, but removing common points of contention and creating a ‘pre-agreed’ template document can significantly decrease the time taken to complete agreements.

Equally, by having pre-agreed a settlement agreement timetable you maximise the prospects of completing the consultation process to time (NB: don’t forget the requirement for a minimum of 10 days to consider the terms of any offer and receive advice in the context of a pre-termination negotiation).

Make arrangements to ensure the appointed firm of advisers can provide the same adviser(s) throughout the process, since consistency of adviser also maximises efficiency. Accordingly, plan ahead to take note of holidays or other periods when they might be unavailable.

Ask the appointed advisers to produce a summary of their advice and/or a FAQ document to provide to the affected employees in advance of individual consultation meetings, to reduce the amount of time required for providing individual advice.

Ensure that facilities are available so that the appointed adviser can provide the required advice on site, and that the location is the most convenient for the majority of the affected employees. Ease of access to advice is a key factor in ensuring employees utilise the services of the appointed provider, rather than looking elsewhere. In many cases the employees will be based at the same location, but where multiple locations are involved, it might be most effective to stagger the provision of advice over a series of days.

Factor in ‘slippage.’ The greater the number of affected employees, the greater the likelihood of absence (planned or otherwise), on the days scheduled for advice to be provided, so plan for such absence by including additional ‘catch-all’ days for advice as part of the settlement agreement negotiation process.

Agree an approach to the submission of invoices with the appointed provider in order to avoid your accounts department being inundated by a barrage of settlement agreement invoices. It is usually preferable for all concerned for the invoices to be submitted collectively, and in circumstances where a pre-approved purchase order number (or equivalent) is already in place.

This practical guide about settlement agreements is for employees and employers. It covers what they are, why and...
Read
Articles

Nearly three quarters (71.7 per cent) of organisations are now using or are planning to use the government...
Read
Articles

This practical guide is all about constructive dismissal - what it means, case examples and the core elements...
Read

How can we help?

Want to stay up to date with the latest news?

We would love to hear from you! Please fill in your details and we will stay in touch. It's that simple!