Is make-up in the workplace a discrimination issue? 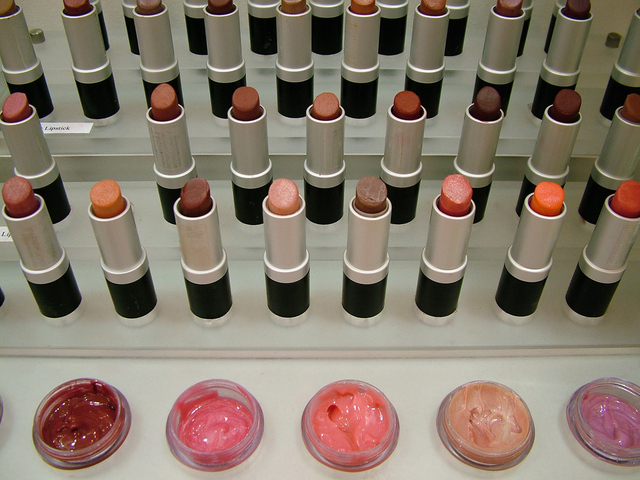 In My Professional Opinion (IMPO)…

Each week we pose an employment law question for employment solicitors to answer. Please leave a comment below or email us if you’d like to get involved.

Is make-up in the workplace a discrimination issue?

Yes, it could be. Generally speaking employers can require staff to follow a dress and appearance code that may be different for men and women as long as the standards are the same and it is applied equally. Unless the wearing of makeup is a genuine occupational requirement, such as modelling, wearing make-up should be optional.

For instance, if an employer, such as an airline, requires female cabin crew to wear extensive make-up, to avoid treating one sex less favourably than the other the same stringent standard of “grooming” should apply to male cabin crew.

Although wearing make-up does not pose the same health risk that wearing “killer heels” does, assuming all women should wear make-up contributes to outdated stereotypes which undervalue their skills. This also places unnecessary emphasis on youth and beauty, which are rarely essential criteria for most jobs.

Make-up in the workplace could easily give rise to a variety of discrimination issues depending upon the purpose of the make-up, the person wearing it and the perceptions and/or comments of the person’s work colleagues.

Requiring staff to wear make-up at work could be discriminatory but might be justifiable in very limited circumstances.  Banning it altogether might be unlawful.  Imagine if a member of staff wore make-up to disguise a disfigurement, for example.  And what if the employee was an adherent to Gothic subculture and suggested wearing make-up was part of their identity and belief system? Quite literally, we have more questions than answers…

It is open for employers to impose a Dress Code for employees, which may include requiring female employees to wear make-up. Similarly they can also set parameters regarding appropriate dress and grooming, including prohibiting women from wearing too much make-up.

Whether or not this is justifiable will depend on the nature of the business and the type of work the individual carries out. An employer can require female employees to wear make-up to present a “professional image,” which may be extremely important in some professions, such as if employees are expected to be around the public, which justifies imposing more rules on some employees in comparison to others, for example, air hostesses, reporters, and certain retail associates.

That said, whilst employers can legally require women to wear make-up as part of an established dress code, they cannot impose such restrictions on female employees while not burdening male employees at a similar level.  When looking at whether a Dress Code is discriminatory, it would need to be considered as a whole, to see whether the entire package is less favourable to one sex.

I understand that there may be a need to ensure employees look tidy and presentable.  Some have argued that requiring women to wear make-up takes more time and costs more money, thus being a greater burden on women than men, meaning that women are being treated less favorably than their male counterparts. A stronger argument, however, may be that it is demeaning to ask women to wear make-up in order to look acceptable.

My opinion is that saying that women cannot do so without wearing a full face of make-up is outdated and may cause offense to many women.  You would always need to consider any flip-side and how strict the dress code for men was.

Yes, possibly although there would have to be particular circumstances for the Equality Act to apply.

Generally, if an employer has specific needs or restrictions regarding the appearance of its staff in the workplace, then this would usually be set out in a dress code policy. If an employee wishes to wear a lot of make-up in furtherance of his or her religious or other philosophical belief, which is not permitted by the dress code policy, then this could be indirectly discriminatory on the grounds of religion or belief unless objectively justified.

Of course, it would be necessary for the employee to be able to show that they genuinely held that religious or other belief and that wearing make-up was part of that cultural practice and tradition. It is doubtful whether someone wishing to be made up to look like Coco the Clown for a day as part of a practical joke or for a charity day would fall within the Equality Act!

This would be equally relevant to male employees as well as female employees although it should be noted that a difference in treatment between the sexes under one aspect of a policy may not be less favourable treatment of one sex as it is necessary to consider the policy as a whole.

Many airlines have make-up requirements for their cabin crew to follow. If an employee wasn’t able to wear any make-up as a consequence of a long-term health issue, then this may trigger the duty to make reasonable adjustments under the Equality Act provided the long-term health issue was a disability within the meaning of section 6.

However, in many cases, there will not be a protected characteristic context arising and so applying a consistent approach under a dress code policy is unlikely to give rise to discrimination issues.