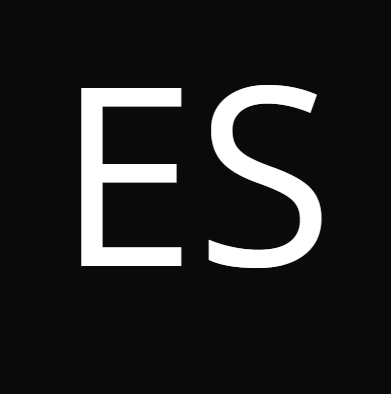 The Employment Tribunal decided that the Respondent had dismissed the Appellant unfairly due to lack of any consultation before making him redundant.  There was no appeal (by way of cross-appeal) against the decision that the dismissal was unfair.  The Tribunal decided, however, that the Appellant should receive no compensatory award because, if a fair procedure had been followed, he would have been dismissed by the same date in any event.  The Appellant employee appealed against that decision.

The decision to reduce the compensatory award by 100 per cent was unsustainable in law.  It was unsupported by any evaluation, based on evidence and with the burden on the employer, of the chance that the Appellant would have been dismissed by the same date if a fair procedure had been followed.  It was not clear whether or on what evidential basis the Tribunal had assessed the chance at 100 per cent, or whether it had made its finding on the balance of probabilities.

Tribunals need to disentangle in their minds the separate questions that may arise where a redundancy dismissal is procedurally unfair.  The date until which the employee’s employment would have continued if he had not been dismissed as a consequence of the redundancy exercise, is a distinct issue from that of evaluating the chance that, if a fair procedure had been followed in that exercise, the employee would have survived it and continued in employment.

When considering the latter issue, the Tribunal must envisage that the consultation that was not carried out, which fairness required, would have been carried out in good faith and with an open mind.  That requires an evaluation, based on evidence, of what alternatives to redundancy the employer would have considered, had it acted fairly.

The Polkey issue would be remitted to the same Tribunal for reconsideration.  It would not be desirable to remit the issue to a freshly constituted Tribunal in circumstances where the first Tribunal had heard the evidence and the employer would be unable (applying the Ladd v Marshall rule) to call fresh evidence on the remission.  A fresh Tribunal would be mainly restricted to a paper exercise and would not have heard the oral evidence.

“requires us to consider the likelihood that the employee would have ceased to be employed at a future point had a fair procedure been followed and to assess the likelihood of that happening and at what date that would have occurred.

Whilst it is for the employer to bring forward any relevant evidence we are required to have regard to all the evidence when making that assessment, including any evidence from the employee.

[T]here will be circumstances where the nature of the evidence which the employer wishes to adduce, or on which he seeks to rely, is so unreliable that the tribunal no sensible prediction [sic] based on that evidence can properly be made.  However … a degree of uncertainty is an inevitable feature of the exercise and the mere fact that an element of speculation is involved is not a reason for refusing to have regard to the evidence.”

“… we considered if the alternatives such as a review of the senior management team or commission structure or seeking volunteers would have resulted in any different position for Mr Grayson.  Unlike Mrs Keane who could potentially have undertaken alternative roles within the respondent’s business we heard no evidence that would have made any difference to the outcome for him.

We find that that [sic] had the respondent provided the rationale we refer to at paragraphs 177-180 or genuinely considered alternatives before proceeding or as part of the individual consultation process rather than rejecting them out of hand that would have taken little or no time.  It could have called for voluntary redundancies at the very first meeting in July, considered if that was tenable in the intervening 2 months that the redundancy procedure took to complete and thus terminated in any event at the same date.  Similarly with the reviews it could have undertaken.

In our judgment, had a fair procedure been followed the claimant would have been dismissed in any event by the same date.”

(1)     How long the employee would have continued working for the employer, but for the dismissal; this is the question that in ordinary cases must be answered on the balance of probabilities, to assess loss;

(2)     Whether either party has adduced evidence entitling the Tribunal to conclude (the burden of satisfying the Tribunal being on the employer) that the employee would or might have ceased to be employed in any event had fair procedures been followed;

(3)     Is the evidence relied on to support a Polkey reduction in compensation too unreliable or vague to be useful, and is the exercise of seeking to reconstruct what would have happened too uncertain to ground any sensible prediction based on it?

(4)     If not, what is the chance – not the probability or likelihood – that that would have happened at a time in the future, and if so at what point in the future might that chance have produced the relevant event, namely the end of the employment?

(5)     Has the employer satisfied the Tribunal that there was a chance of the employment terminating in the future, and if so how great or small was that chance?  This is commonly expressed as a percentage.[1]

(6)     Has the employer satisfied the Tribunal that employment would have continued, but only for a limited fixed period, whether or not for reasons wholly unrelated to the circumstances relating to the dismissal itself?

[1] The percentage expresses the likelihood that the event to which the chance is relevant (dismissal) would have happened in the scenario envisaged by the employer of what would have happened had fair procedures been followed.  This should not be confused with the “51%” formulation sometimes used to describe the standard of proof on the balance of probabilities.  As Browne-Wilkinson J famously said, there is no need for an all or nothing decision (Sillifant v Powell Duffryn Timber Ltd [1983] IRLR 91, approved in Polkey).