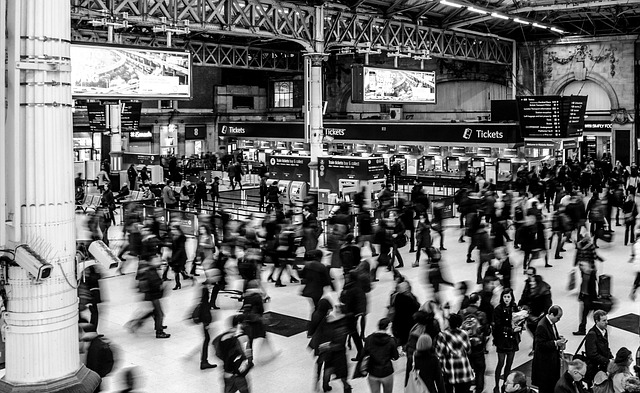 Pay growth and a fall in inflation means that Britain’s pay squeeze is ending, says economists. New figures show the number of people in work has reached a record high of 32.2 million and earnings are growing, according to official figures. However, the wage growth is not outpacing inflation.

Senior ONS statistician Matt Hughes says: “Employment and unemployment levels were both up on the quarter, with the employment rate returning to its joint highest ever. ‘Economically inactive’ people – those who are neither working nor looking for a job – fell by their largest amount in almost five and a half years.

A move from part time work to full time work has helped increase the earnings figure, says the ONS. The ONS said that including bonuses average earnings in the three months ending in January were 2.8% higher than in the same quarter a year earlier, the highest since September 2015. Excluding bonuses earnings were 2.6% higher.

However, despite the end of the squeeze, real weekly earnings are still £15 below their previous peak with the gap not expected to close till well into the 2020s, says think tank the Resolution Foundation. And while the pay squeeze may technically be over, the squeeze on living standards continues, says the think tank.

Ian Brinkley, Acting Chief Economist at the CIPD, says: “It is concerning that the unemployment rate for women has increased significantly and now has overtaken unemployment rate for men. The Government must ensure they’re doing all they can to help more women get into the labour market, including promoting more flexible working styles.”