Reaction: London drivers and GMB win against Uber at the London Employment Tribunal 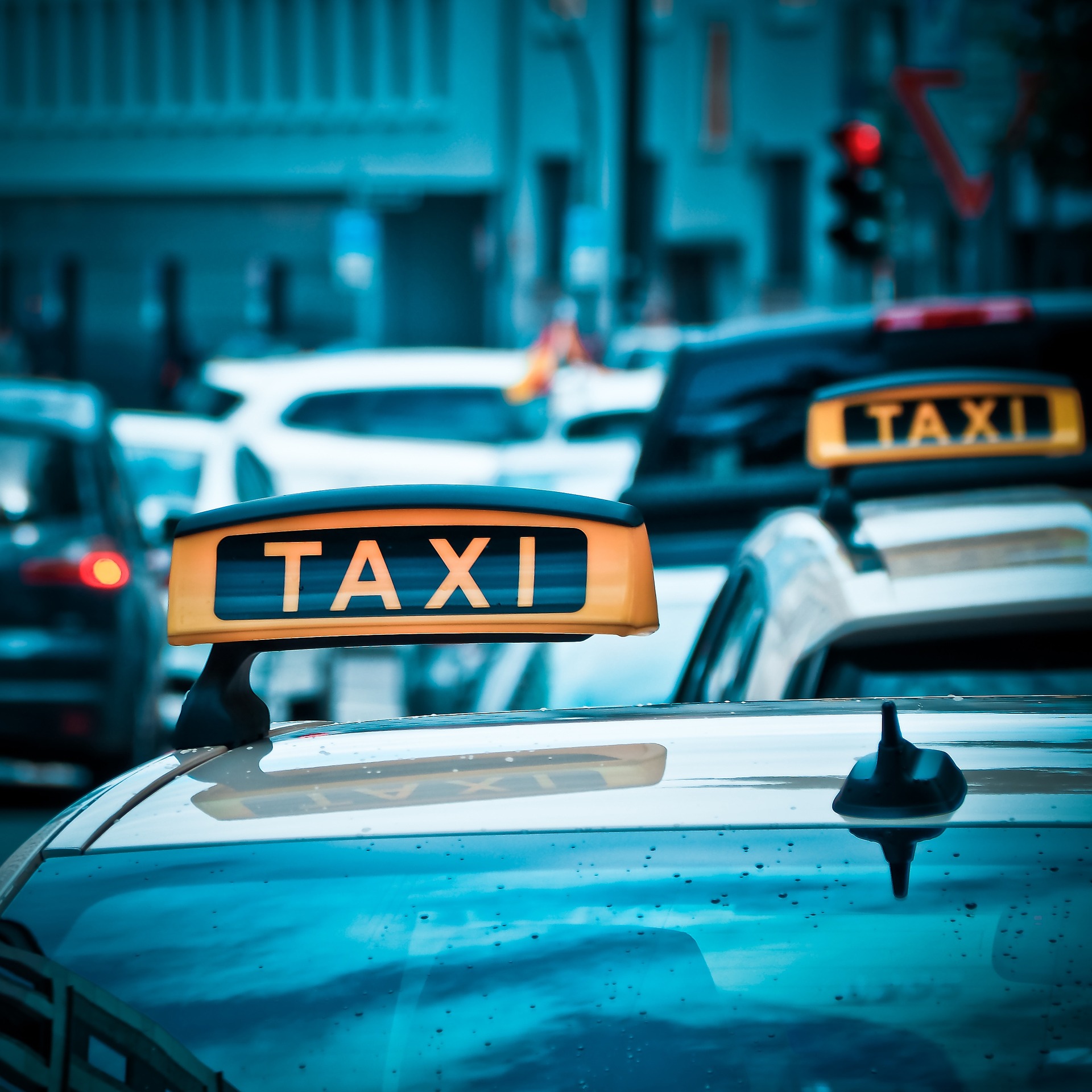 The ‘nightmare is over’ reads the tweet from the @Ubering_London account, as it comments on the judgement today that ruled that Uber divers are entitled to receive holiday pay; a guaranteed minimum wage and an entitlement to breaks.

The nightmare for London’s Minicab drivers is over. We have rights!

So, what do employment solicitors make of the decision? Please do add your comments below. Here’s our round up so far …

“The employment tribunal decision is almost certainly going to be appealed by Uber and so whilst the tribunal’s decision is widely significant, that significance will continue to grow as the case is appealed upwards, possibly as far as the Supreme Court. The next likely step is an appeal to the Employment Appeal Tribunal (EAT) and the outcome of the appeal will have more significance than the current decision because unlike the current tribunal decision, EAT decisions are legally binding on other employment tribunals. Similar business models to Uber will no doubt be watching the developments closely.”

“The Uber case highlights the real difficulties in distinguishing between people who are genuinely self-employed (and thus not entitled to the payment of holiday pay, or the national minimum wage) and people who are “workers” – a kind of halfway house between employee and self-employed. Despite the decision, this case is far from over and will, I’m sure, be appealed. If the national courts can provide some clarity to the test it will help businesses plan more effectively. For Uber and other employers in the gig economy this is a huge decision which will have massive impact.”

“The judgment in the Uber case, to the effect that their drivers are ‘workers’ and entitled to certain employment rights, does not come as a total surprise but it could be the final nail in the coffin of the ‘gig’ economy as we know it. The unpopularity of the self-employment model used by companies like Uber has led to the report published recently by MP Frank Field into the working practices at Hermes, together with an HMRC investigation and the announcement of an enquiry by the government’s business, energy and industrial strategy committee.

“Today’s judgment merely underlines  the fact that UK employment law has been slow to adapt to the issues that the global gig economy has presented and that change is needed. The decision of the Central London Employment Tribunal is only a first instance decision, and with Uber (and other organisations using a similar structure) now exposed to claims for compensation that could run into the multi-millions, it will undoubtedly be appealed.  Whatever the outcome, it is clear that the floodgates have been opened.”

“This is a monumental verdict in favour of gig economy workers across all sectors. From now on, businesses need to seriously consider how they use and contract freelancers and the self-employed. If such businesses don’t currently have extensive HR departments, they now need to invest in them because workers will be demanding what they are rightly entitled to. The question will now be how this is implemented and whether or not organisations like Uber and Deliveroo will be expected to back-pay workers.”

“It’s a long-established principle that the courts consider employment status to be a question of ‘substance over form’ – meaning that it’s the reality of the arrangement between the company and the individual that counts, not what you put on the contract.  It doesn’t really matter whether your boss has called you an employee or a contractor, if the reality is that you are in an employment relationship, which broadly means that your employer has control over your day-to-day activities at work then the reality is that you will be an employee, and entitled to all of the employment rights that go with that status.  What the Tribunal has been asked to do is answer just that – does Uber have a sufficient level of control over its drivers to render them employees or workers?”

“This judgement is likely to have massive implications across the ‘gig economy’, as we see an increasing number of start-up businesses effectively adopting Uber’s model.  The effect of this judgement is that those kinds of business may owe a lot more to their workers, such as paid holiday and minimum wage, than they had bargained for.  This outcome should be taken as a salutary lesson by businesses who try to arbitrarily ‘classify’ workers as contractors to avoid affording them their full rights as workers.”

“Nevertheless, it would be foolhardy to rely on this outcome too heavily.  This is a first instance decision, and one of immense importance, so we should expect to see it fought out again in the Employment Appeal Tribunal, or even the higher appeal courts.  Employment status has also become the focus of a Parliamentary Inquiry, launched earlier this week, so we should expect to hear a lot more about this going forward, and potentially some legislative changes.”

“Today’s decision should send shivers down the spines of Technology businesses who have failed to factor in ‘worker rights’ costs such as holiday pay, national minimum wage and sick pay. Taxi or Technology Company?  – UK Employment Tribunals are used to hearing Respondents bleat that the Claimant himself sought the freedom of self-employed status, then, when it no longer suited him flitted to ask for workers’ rights.  That sort of ‘cake and eat it’ argument is rarely persuasive. The Tribunal will always seek to determine what the reality of the situation is now, and whether the various tests of worker status have been met.”

“The differences between self-employed and worker status has been thrashed out for decades in case law. Key tests include the ability of the worker to turn down work, the level of control exercised by the “Employer” (here the Uber driver received no protection from alleged racist abuse) and whether the worker provided their own equipment or tools to do the job – be it ladder, car or smart phone.   Although the case law derives from archaic master / servant arrangements, today’s decision shows that Tribunals are resilient to changing times and business models.  At the turn of the 21st Century Tribunals were considering whether being given a job sheet and business card supported worker status, now they are considering whether an app request is its modern day equivalent.”

“The decision will almost certainly be appealed and therefore businesses shouldn’t discard their current model yet.”

“The employment tribunal has decided that the two Uber drivers are “workers” for the purposes of the Employment Rights Act 1996.This means that they are entitled to a limited number of rights. These include: 5.6 weeks’ paid annual leave each year, the national minimum wage (national living wage), whistleblowing protection, a maximum 48-hour average working week and Rest breaks.

“As they are not employees they will also not be entitled to claiming unfair dismissal, redundancy pay and TUPE protection. It is almost certain that this decision will be appealed potentially up to the Supreme Court. Although the decision is fact specific, being based on Uber’s business model, it increases the chances of other open “gig economy” companies facing claims that their ‘contractors’ have worker status.”

“The employment tribunal’s decision today certainly sheds clarity on the employment status of this new breed of ‘freelancer’ currently fuelling the growth of the UK gig economy.  However, consequences of the judgment is likely to result in increased costs to the gig industry in order to comply with the new employment laws, and it’s probable that these will be passed on to the consumer, such as through higher fees, delivery rates and prices for goods and services.

“The service industry like couriers, fast food delivery companies and portable cleaning operators are likely to be hit the hardest. Workers, not to be confused with employees who have greater employment rights in law, are also entitled to minimum legal rights.

“Further, Uber will need to have a qualifying auto-enrolment pension scheme in place and backdate any pension contributions. There is also the issue of immigration. If those you hire are classed as workers then the burden to vet them will be on the business to ensure that all those individuals have the right to live and work in the UK. Failure to do so can lead to fines and ultimately criminal sanctions against the business and also the individual, not to mention the risk of bad publicity should the business fail to compile to any minimum legal employment rights.”

2 thoughts on “Reaction: London drivers and GMB win against Uber at the London Employment Tribunal”