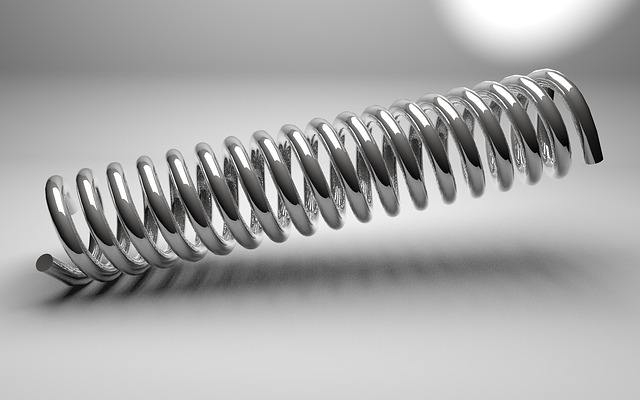 The reasons given by the Tribunal for rejecting part of the Claimant’s claim, that refusal of her request for flexible working was based on incorrect facts, were adequate.

“… purely because this has been the only way that I can cover the shifts.  They have no agreement to work long term nights and to agree to your request would mean that they could never come off nights.”

“9. The Claimant claims that the Respondent failed to follow the correct procedure and that the reason for refusal of her application for flexible working are [sic] factually incorrect.”

I interject that the Claimant succeeded in the first of those contentions and was awarded compensation in respect of it.  As to the second contention – that the reasons for refusal of her application for flexible working were factually incorrect – that is the matter that has given rise to this appeal.

“38. In order for the tribunal to establish whether or not the decision by the employer to reject the application was based on incorrect facts, the tribunal must examine the evidence as to the circumstances surrounding the situation to which the application gave rise.  In doing so, the tribunal is entitled to inquire into what would have been the effect of granting the application: could it have been coped with without disruption; what did other staff feel about it; could they make up the time; and matters of that type.  We do not propose to go exhaustively through the matters at which a tribunal might wish to look, but if the tribunal were to look at such matters in order to test whether the assertion made by the employer was factually correct, that would not be any misuse of its powers and it would not be committing an error of law.”

“22. In relation to this matter we heard evidence from Ms Baucutt about the staffing levels within the unit that she managed at the time the application was made.  In particular we heard evidence of difficulties in budgeting for that, and having sufficient cover to ensure a safe place of work for her staff as well as for the patients.  Her evidence was clear and cogent.  She was referred on numerous occasions to the shift patterns.  However, the claimant was unable to produce any evidence, either through her cross examination of Ms Baucutt or herself, that the decision to reject the flexible working was based on the incorrect facts.  In particular the Tribunal rely upon the letter of 12 September which sets out the initial consideration as to the detrimental effect and the inability to reorganise the work amongst the existing staff.  In addition we were referred to a briefing paper, “Review of Flexible Working Contracts”, which set out the nature of the issues for the Trust in relation to the flexible working.

“… It is arguable that paras 22 and 23 of the reasons do not make findings on the facts on which the [Respondent] based their conclusions that the granting the request [sic] would have a deleterious effect on their ability to provide a service etc (para 11) and whether those were correct.  It is arguable that the ET should have considered and dealt with the [Claimant’s] contention that shifts could have been arranged to accommodate her request.”

(1)     The Tribunal referred at paragraph 22 to the evidence of Ms Baucutt.  She was the responsible manager and the decision maker who refused the Claimant’s request.

(2)     The Tribunal stated the gist of her evidence at paragraph 22 of its Decision, namely that the issue was the difficulty in achieving adequate staff cover and the cost involved in bringing in outside workers.

(3)     The Tribunal stated that her evidence was “clear and cogent” and therefore manifestly accepted it.

(4)     It follows that the Tribunal accepted the existence of the difficulties to which Ms Baucutt had alluded in her evidence, concerning the levels of staffing and budget for staff, and the need for sufficient cover at night to secure a safe environment; the minimum staffing levels necessary to achieve that having been set out earlier in its Decision.

(5)     The Tribunal then, at paragraph 22, referred to the Claimant’s evidence and her case on the issue of “shift patterns” to which Ms Baucutt had been referred in the course of giving her evidence, and about which the Claimant had herself given evidence.

(6)     It is clear that the Tribunal was there referring to the Claimant’s contention that her request for flexible working could be accommodated within the existing staff complement, contrary to Ms Baucutt’s evidence.

(9)     Although the Claimant has difficulty understanding this, it was not for the Employment Tribunal to agree or disagree with whether that was fair or not, only with whether it was in any way based on “incorrect facts”.

(10)   The last of the three reasons, that of inability to reorganise work amongst existing staff, was what the Claimant was saying that the Respondent had got factually wrong.  She said that as a matter of fact, the day shifts and night shifts could be covered using existing staff without bringing in agency or bank staff.

(11)   The Tribunal referred to the briefing paper, and although the Tribunal would have done better to say what it derived from that paper rather than merely to refer to it, it is clear when one reads the briefing paper that it alluded to the same staffing problems as those about which Ms Baucutt had given evidence, which evidence the Tribunal had plainly accepted.

(12)   As the Tribunal noted at paragraph 23 of its Decision, the Claimant had produced rotas in support of her contrary case.  It is a pity that the Tribunal did not clearly identify those rotas and what they purported to show, and why they failed to do so in more detail; but I am not suggesting that the greater level of detail that would have been desirable, should have extended to a minute and lengthy analysis of numerous documents.  One has to deduce which rotas were referred to.

(13)   It seems tolerably clear, as Ms Amartey submitted, that what was being referred to there were the rotas relied upon by the Claimant, both those attached to her witness statement, which she had annotated, and another rota that she had set out in tabular form in a letter I have not yet mentioned, dated 23 September 2013, sent in response to Ms Baucutt’s letter of 12 September refusing her request for flexible working.

(14)   The rotas attached to the Claimant’s witness statement had been annotated by her, as I have said, and it is clear that they were used at the hearing before the Tribunal to make her case.

(15)   The Tribunal then stated at paragraph 23 that the Claimant’s attempt to establish “that the information upon which the decision was made was incorrect” failed and that the claim therefore failed.