Sweet success: how can employers inspire the loyalty that Mary Berry has for the BBC? 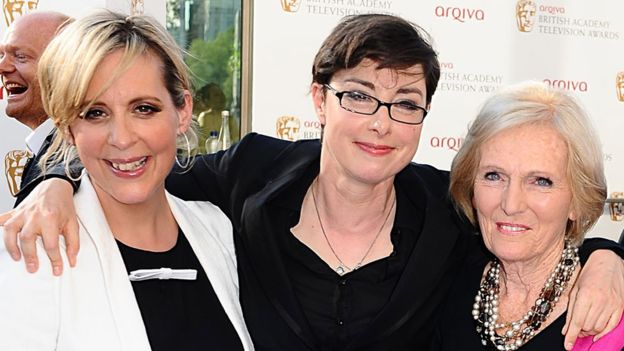 Loyalty to the BBC is the reason that Mary Berry is to leave The Great British Bake Off.

The BBC had nurtured her and the show, said Berry, adding it was “a unique and brilliant format from day one”.

“What a privilege and honour it has been to be part of seven years of magic in a tent – The Great British Bake Off,” said Berry: “The Bake Off family – Paul, Mel and Sue have given me so much joy and laughter.

“My decision to stay with the BBC is out of loyalty to them … I am just sad for the audience who may not be ready for change, I hope they understand my decision.”

Berry’s decision to quit follows that of presenters Mel Giedroyc and Sue Perkins. Once GBBO was bought by Channel 4, Giedroyc and Perkins quickly announced that they were not “going with the dough”.

Berry, Giedroyc and Perkins with their engaging style are seen as a huge part of the programme’s success. Their loss leaves viewers unsure of what to expect from the programme in the future. However, Paul Hollywood, Berry’s judging counterpart has decided to stick with the show and make the move to Channel 4.

The BBC is understood to have wanted to continue to air the GBBO but to have fallen short of the money that the production company wanted to be paid for the show.

“News of Mary Berry’s departure from GBBO out of loyalty to the BBC is a salutary reminder to employers that nurturing staff loyalty isn’t just about paying above-market salaries. A positive and progressive work environment which encourages staff development can go a long way in creating goodwill with your employees and improving staff retention,” says Ian Carey, director for Carey’s Law Ltd.

In this case, presenters have stayed with the BBC instead of staying with the show,as Carey points out and potentially picking up lucrative new contracts when the show is broadcast on Channel 4.

For the production company, and Channel 4, the challenge now is to replace the presenters with others to continue the show’s success. But as any employer knows, it’s not always easy to replace people who have done a great job.

“Employers know that to replace employees costs a great deal of time and money, and when employees leave, it can unsettle the remaining workforce,” says Rachel Farr, professional support lawyer at Taylor Wessing.

“When a large number leave in a short space of time, employers need to consider the reasons why: is it the pay, is it the working environment, or is it a combination of external factors? Employers should talk to their workers and listen to the answers.  An employee who feels valued is less likely to leave.”

For employers who want to inspire the loyalty that Mary Berry says she feels towards the BBC and avoid the costliness of staff leaving, there are measures that they can put in place.

Tom Moyes, partner at Blacks Solicitors says: “To retain the very best staff in their organisation, employers can consider flexible working arrangements, a modern work environment, regular training and development and most importantly, help staff to maintain a good work-life balance, as this is becoming ever more important.”

Ultimately, we all spend a lot of time at work, so making work an enjoyable and rewarding experience can be equally as important as financial incentives, says Jenny Jones, director, at Morgan Denton Jones.

Jones says: “While competitive salaries and benefit packages will undoubtedly help, in addition to bonus schemes to incentivise performance, most employers also find that staff value working in a positive, dynamic environment where they are respected and their efforts appreciated. Employees can look for different things from their jobs; challenge and responsibility, fair treatment, social interaction and a good work-life balance.”

He says: “There is no legal obligation for employers to run loyalty schemes. However, those employers who encourage loyalty by valuing employees may find that they see fewer claims being brought against them as a result. On the other hand, employees that have been treated fairly from a  legal perspective but still feel as though they have been treated ‘unfairly’ are far more likely to consider pursuing litigation.”

When it comes to Channel 4 acquiring the GBBO, with only Paul Hollywood from the successful BBC team staying on board, there may also be concerns.

“When you are buying a business, it’s important to be clear what you are buying. Even where TUPE [Transfer of Undertaking (Protection of Employment) Regulations] would normally mean that employees automatically transfer from the old owner to the new, all employees have a right to opt out of the transfer,” says Farr. “It’s important to identify the key employees (or consultants) who are critical to the success of what you are buying, and ensure that they will continue to work in the business, whether by offering them additional bonuses, or other means.”

How else can employers inspire loyalty in their team? We asked employment solicitors what they would suggest …

“Many organisations offer rewards and incentives to thank and encourage their employees.  Examples can include end of month drinks, Christmas & summer parties, bonuses, cycle-to-work schemes, days off on birthdays and additional leave when an employee has reached a milestone – for instance, 10 years with the firm.  This promotes better working relationships, a happier workplace, higher retention rates and can even have a knock-on effect on increased productivity!”

Employees choose to remain with a company for many reasons but some employers actively aim to encourage loyalty by offering above market rate salaries and a good benefits package, including valuable extras such as days off on birthdays and time off to do community work, says Kerry Garcia, partner in the employment team at Stevens & Bolton LLP.

Garcia adds: “However, these alone are unlikely to be enough to retain people on a long term basis.  In many cases the most important factor in inspiring loyalty is down to the culture of the business, including making employees feel valued and supported, offering career progression, close knit teams and, increasingly, the chance to work flexibly. The goodwill this type of culture creates often leads to higher retention rates than money alone.”

A general principle in terms of the relationship between the employer and the employee is being straightforward and open, says Jon Curtis, partner at Ironmonger Curtis LLP.

“Obviously this will depend on the circumstances and the type of employment,” he says: “However, most people appreciate being treated with dignity and in an uncomplicated manner. In terms of motivation different teams need motivating in different ways. I used to run a team of expats who appreciated being taken out for beer and curry. This doesn’t work so well generally with employees with young families (although there is always the exception)! I find motivation comes best from a mix of: releasing employees to work to their maximum potential, being honest about strengths and weaknesses, not micromanaging unless necessary, and reward and praise for work well done.”