The Taylor review: big changes on the way for employment-related law? 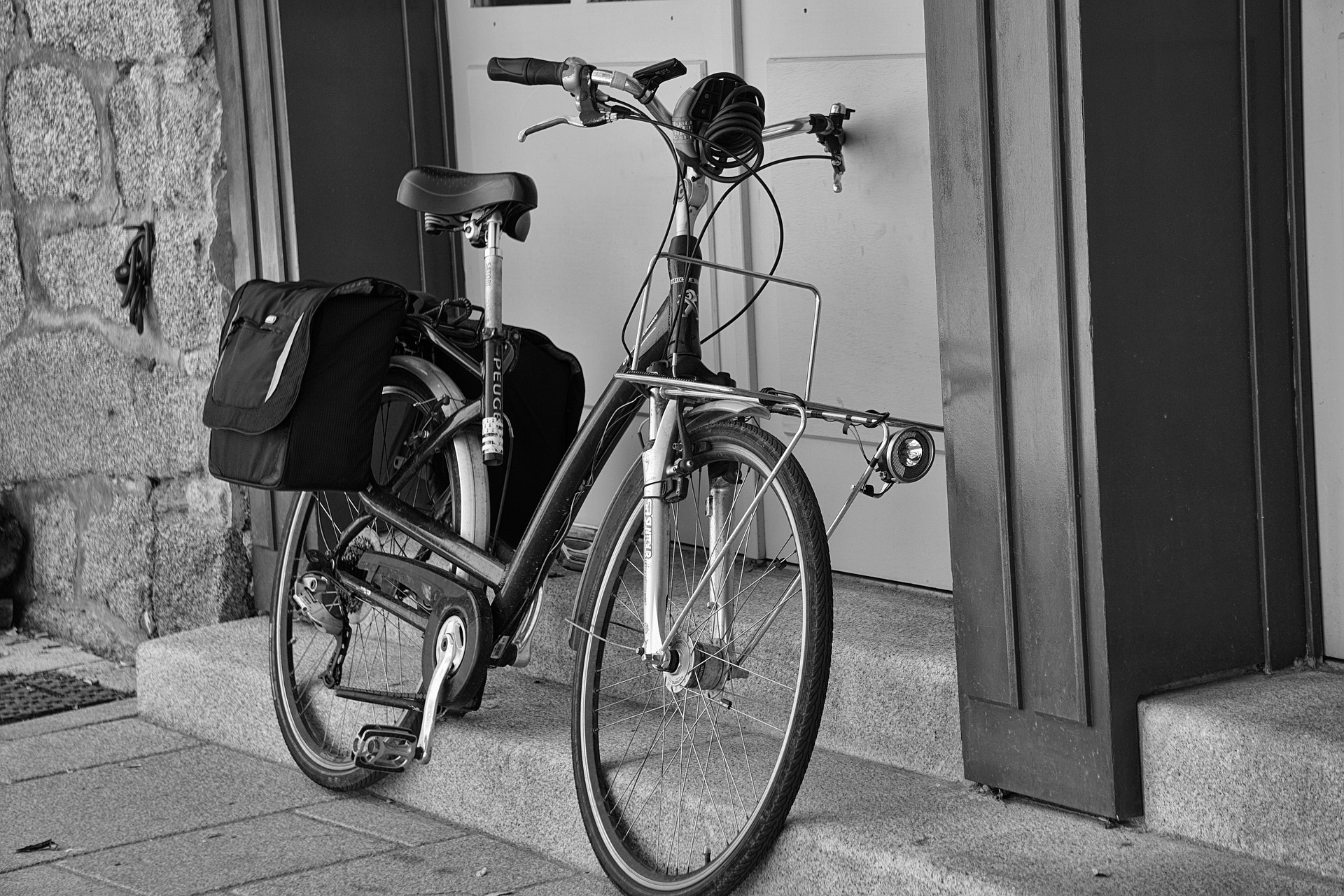 If the Taylor Review’s recommendations are implemented they will make a significant difference to all involved in engaging people in the UK, writes Phil Allen, Partner and employment law specialist at Weightmans.

Perhaps the most significant change proposed is that an employment statement (often the contract) must be provided on day one of the job.  The report also says this requirement should be extended to all workers/dependent contractors, so there will be a need for day one paperwork for all workers you engage.  That paperwork may have to include more details about worker/employee rights.

The report concludes that we should retain the current three tier approach to employment status: employee; worker; and self employed.  It suggests that workers should be renamed dependent contractors. It has recommended that as far as workers are concerned, there should no longer be a need for them to show that they are required to perform the task personally in order to be afforded rights that come with that status (e.g. holiday pay, national minimum wage etc).

This recognises issues that have come up in recent Court/Tribunal decisions on worker status where complex contracts had been drawn up which the Courts have held have not reflected the reality of the working relationship. The recommendation is that there should be new law which clearly defines what each of these mean and when they apply, with control being the most significant factor in identifying who is an independent contractor.

Some of the other key proposals are:

A claimant to an Employment Tribunal would not need to pay a fee prior to a determination on employment status. The process for hearings to determine a claimant’s employment/worker status should be streamlined. The burden of proof would be on the organisation to prove the individual is not protected by relevant employment/worker rights, not the other way around. There would also be an obligation on Tribunals to award aggravated penalties, costs orders, and even potentially uplifted compensation, against employers who argue about employment-status when they have lost an Employment Tribunal case before on comparable facts;

Continuity of employment is important for many rights including unfair dismissal.  The report recommends making continuity easier to establish by expanding the ways in which gaps between assignments can be bridged and automatically bridging any gaps which are less than a month (rather than the current week).  So employees who work for you irregularly would gain many rights which do not currently accrue for them because of the breaks between engagements;

A right to request a contract which guarantees hours of work after being on a zero hours contract for 12 months. There would also be an obligation on organisations to publically report on these requests and the number agreed to;

The current right to request flexible working should be made more flexible, so as to include temporary changes;

SSP to be a day one right irrespective of earnings and extended to all workers;

A period of employment protection for those absent due to ill health, akin to maternity leave protection with a right to return to the same job;

Where a worker has only limited guaranteed hours but is also asked to work extra hours, those extra hours should have a premium rate above the national living wage/national minimum wage to be set by the Low Pay Commission.  This would incentivise employers to guarantee longer hours for low paid workers, whilst leaving flexibility available but with slightly higher minimum rates of pay;

Holiday pay is notoriously difficult to calculate for those who work variable amounts of hours over the year. The report recommends extending the reference period for annual leave entitlement to 12 months rather than 12 weeks, as well as suggesting that workers should be entitled to rolled-up holiday pay with additional safeguards to ensure workers don’t work 52 weeks a year;

Unpaid internships should be stamped out. It suggests encouraging enforcement action from HMRC – if someone is obtaining something of value from an intern they should be paid the minimum/living wage. However, it supports and encourages high-quality work experience;

There will a redefinition of dependent contractor status to provide minimum wage protection akin to piece work and rates, effectively giving gig economy workers the ability to choose whether or not to work at quiet times but requiring the engager to show that on average they pay well above the minimum wage;

A right for agency workers placed with the same end-user for 12 months to request a direct contract with them and an obligation on the end-user to consider it in a reasonable manner (with a similar public reporting obligation to that for zero hours contracts);

The right to request an employee representative body which is rarely used, should be extended so only 2% of the workforce would need to make a request, rather than the current 10% requirement;

HMRC to be responsible for enforcing sick pay and holiday pay rights for low paid workers, as well as minimum wage;

The report is critical of the level of Tribunal fees generally and asks the Government to keep the level of fees under review, but does not call for abolition.  It does however call for simpler enforcement of Tribunal awards and a naming and shaming process for those who don’t pay awards; and

There should be a change to the tax system so it costs the same for employed and self-employed (with closer parity on NI contributions).  This will almost inevitably lead to increased NI costs for the self-employed.

As with all things of this nature, the devil will be in the detail, however, the report appears to be a comprehensive one which has looked at the challenges posed by the gig economy and how the law can be used to create a fairer system for workers whilst still retaining flexibility.

Creating a new ‘dependent contractor’ category of people who are eligible for worker rights is a sensible way of allowing innovative business models to thrive, while protecting workers from exploitation. These contractors could be offered sickness and holiday pay, while they, and the business, retain the flexibility of the gig model. It would sensibly stop concerns about status being a blocker to organisations offering dependent contractors such benefits. But it won’t resolve the more fundamental problem of distinguishing between who is and isn’t classed as an employee or a dependent contractor when disputes arise.

Relabelling workers as dependent contractors won’t achieve anything if the distinction between the categories remains as difficult to pin down.  In fact, removing benefits as a distinguishing factor will blur the boundaries even further, leaving very few factors to aid in identifying where the distinction is to apply.

There will still be significant legal differences between what dependent contractors and full employees are entitled to – such as protection from unfair dismissal.  That means we are likely to continue to see disputes arise. The proposed technical changes to the ways that Tribunals will need to consider the question, and the risk an organisation would need to take in repeatedly defending an engagement-model, may have the most significant impact for organisations who engage workers.

The report’s recommendations would mean workers on zero-hour contracts have the right to request guaranteed hours, placing the burden on you to justify maintaining any zero-hours contract after a period of engagement (which may make you less likely to decide to do so). By placing the onus on the worker to trigger a review of their hours, the proposals would allow workers that are happy to work without agreed hours to continue the arrangement unchallenged. This is a much more flexible way to address the problems that can be caused by zero-hours contracts, than an outright ban.

Unpaid internships have long been an area of confusion for employers and are recognised as a potential barrier to social mobility. If implemented, the recommendation would provide a useful clarification and would create a more level playing field for employers, continuing to enable those of you seeking to provide genuine work experience, but precluding all organisations from engaging free assistance through socially-inequitable more long term unpaid internships.

Many of these recommendations will not be easy to implement. For example, trying to get employment and tax law to align will be no mean feat. However, if the Government implement these proposals, then those organisations at the cutting edge of gig economy engagement are likely to have to change their existing business models.

At this stage, this is just a review.  These changes will take a while to implement and the actual law which follows will be more important than the intent behind it. However, with the Prime Minister sharing a platform with Matthew Taylor at the launch of this report, it does appear that many of these recommendations are likely to become law in due course.