Q: HR conundrum: Are we stuck with a pay rise given to an employee shortly before the employee TUPE transferred to us?

The transfer date arrives and you have sent out your letters to the transferring employees, welcoming them to your organisation, and assuring them that they will transfer under their “existing terms and conditions”.

Life should continue pretty much as before. Then, on the first payroll date, one of the transferred employees knocks on your door, informing you they have not been paid correctly.  A letter from the old employer is produced confirming a pay increase took effect just before the transfer.

The TUPE Regulations are clear in relation to the employment contracts of those who transfer. Regulation 4 is even helpfully entitled ‘Effect of a Relevant Transfer on Contracts of Employment’. It states that an employment contract transfers on the existing terms of employment “as if originally made between the person so employed and the transferee”. Unfortunately, the ‘transferee’ in this instance, is you.

It is important to remember that the existing terms of employment would apply to other payments in addition to base salary. A common problem that can arise in these situations is where a transferring employee raises a complaint about a bonus or commission scheme they have not been paid. Disputes often arise where the transferor employer has assured you the bonus is only discretionary, and not contractually binding, but then it transpires after the transfer has taken place that the bonus or commission should have a guaranteed payment under the contract.

Could you simply ignore the pay rise and continue to pay the employee at their old rate?

This is not to be recommended as various claims could arise. Any unilateral variation of the contract is void under TUPE if the sole or principal reason for the attempted change is the transfer itself. Your attempt to revoke the old employer’s pay rise would be void and so, if you carried on paying the old rate, you would be acting in breach of contract. It also raises the possibility that the employee could submit a claim for unlawful deduction of wages month after month.

Besides the additional time and cost of dealing with the claims, which would have the effect of forcing you to pay the increase anyway, this is unlikely to be a constructive way of starting a new employment relationship.

An employee is also protected from having their working conditions substantially altered by a TUPE transfer to their “material detriment” (Regulation 4(9)). The employee can treat themselves as having been constructively dismissed. If the employee can show that the transfer itself was the reason for their resignation/dismissal then the claim would be for automatically unfair dismissal (unless you can demonstrate there was another economic, technical or organisational reason unconnected to the TUPE transfer).

What about the old employer?

What about the old employer who has agreed the pay rise but not had the courtesy to inform you? Can anything be done there? One of the fundamental features of TUPE is that it imposes itself onto a set of facts, and the legal liabilities cannot be avoided. However, what the parties are able to control is how the costs of those liabilities are apportioned between them.

The recommended approach to deal with this risk is to include a series of warranties and indemnities written into the contractual agreement that governs the business transfer. It is common in these situations for the transferee (i.e. the receiving party) to include a warranty from the transferor that they will not agree any pay rises between exchange of contracts and the transfer date itself.

There should also be an agreement that the transferor must indemnify the transferee for any costs resulting from a breach of that warranty, which is where it might be possible to agree a compensation figure with the other party to cover your increased payroll liability.

Your organisation might also have a claim against the old employer for a breach of TUPE Regulation 11. The transferor employer must provide ‘Employee Liability Information’ to the transferee employer at least 28 days before the transfer date. Such information would include salary and pay details for each employee.

If the pay rise you have been notified of reveals that the employee information was inaccurate there could be a claim. Even if the salary information was accurate on the date it was provided, if the information changes (such as a pay rise agreed just before the transfer date), then there is an obligation to notify the transferee of those changes (TUPE Regulation 11(5)). Failure to do so would also give you the right to submit a claim in the Employment Tribunal against the other employer.

If a transferred employee comes forward with a valid claim that a pay rise was agreed, it is important to escalate the issue. While the employee is individually entitled to receive the increased wage by the automatic transfer of their existing employment contract, compensation could be due from the transferor if they have breached a clause of the transfer agreement or if they have failed to provide (or update) their ‘Employee Liability Information’. 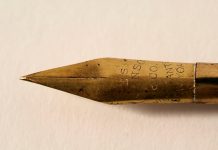 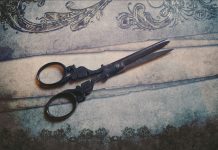 TUPE and employee benefits: can we cut the package? 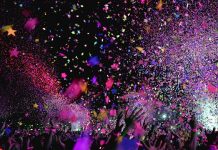 TUPE: do we have to accept an employee from our competitor?

What if an employer doesn’t know about an employee’s disability?