The Gender Pay Gap Regulations: what do employment lawyers think? 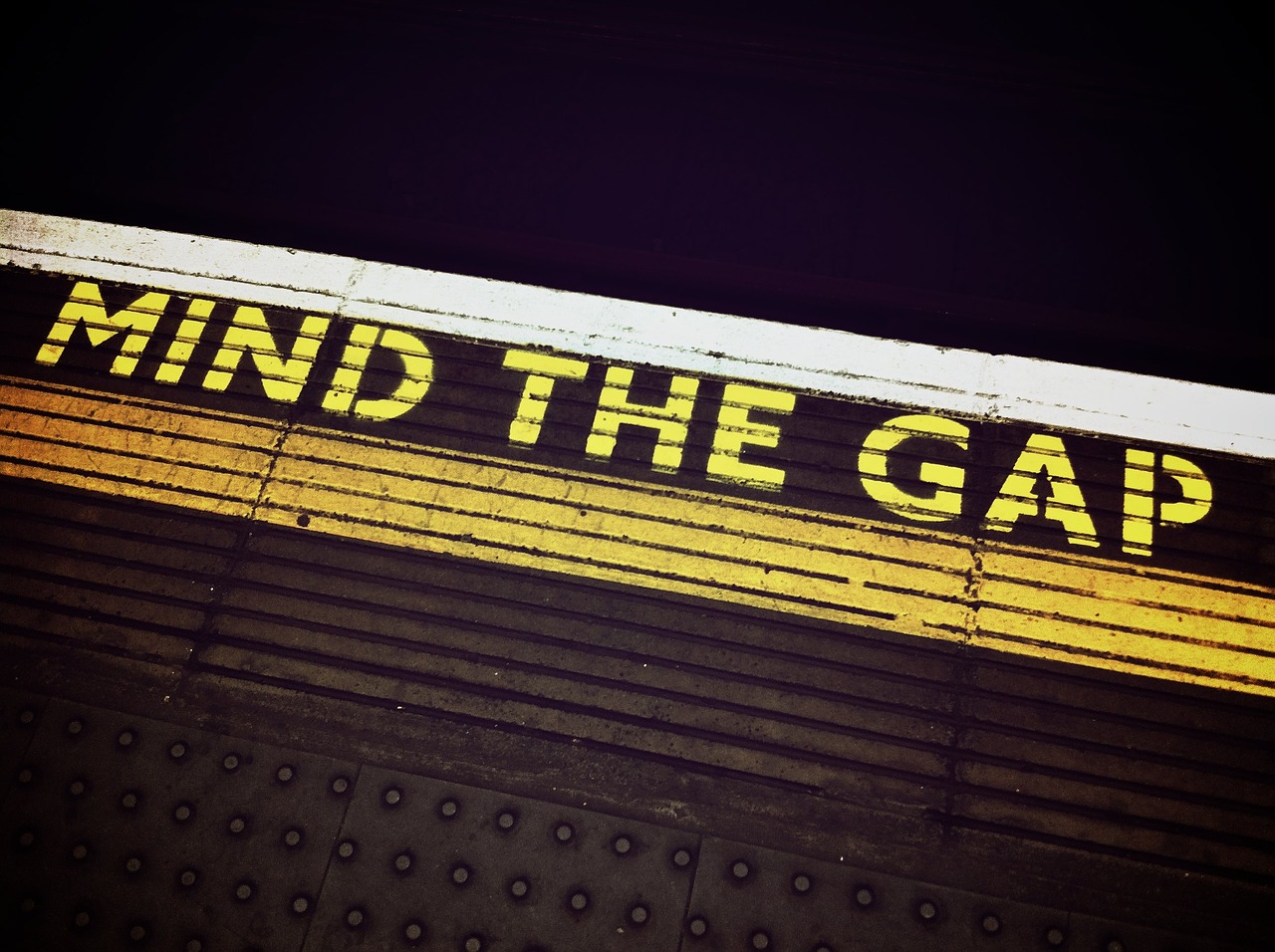 We have waited a long time for the final version of the Gender Pay Regulations to be published. But now we’ve read them, they are best described as a “tiny step” in the ongoing fight against gender inequality, say leading employment solicitors.

While the new draft regulations contain more detail, there’s still lots to be clarified and they are lacking in any significant enforcement provisions. Which some lawyers claim mean they are unlikely to make any significant impact on equality in the workplace. While others point out that the regulations are not perfect but they are much better.

Not made your mind up yet? Here’s our round up of reactions. If you’d like to add your own thoughts please do so in the comments section below.

The new Gender Pay Gap Regulations are best described as a “tiny step” in the ongoing fight against gender inequality.  By making employers measure and publish aggregate hourly pay between men and women (from April 2017), this will expose those companies with an unexplained differential.

Unfortunately, the new proposals only apply to businesses with more than 250 employees and cannot be regarded as an answer to “equal pay” issues. Those cases look at specific roles.

The Gender Pay Gap however looks only at the aggregate pay of men and women and there is a failure to require an accompanying narrative.

The requirement to disclose bonus differentials may however be a useful indicator of any differentials between men and women in senior positions (in the Boardroom!) and potentially raise pay at the risk of embarrassment and damage to reputation.   Making larger companies even think about gender equality is therefore to be regarded as a good start with more work and follow up required to make sure that employers develop gender and diversity strategies to stop women being paid less for no reason.  It is time to dispel the myth that women get paid less as they only work in sectors that pay less.”

“The revised draft regulations differ significantly from the earlier draft. They contain new definitions of pay and bonus, and change the original approach to reporting pay quartile. Employers who operate bonus schemes will welcome the changes to the bonus reporting definition, as the original suggestion was unworkable. The revised draft regulations also require employers to publish an additional statistic: the median bonus gap. Again employers are likely to welcome this inclusion as the median is a more realistic figure.

While the new draft regulations contain more detail, some outstanding points still need to be clarified by the non-statutory guidance including whether reporting is at a group of legal entity level.

The revised regulations are not perfect, but they are much better. Employers now need to make sure they are ready to do the snapshot work on 5 April 2017, and then deal with the fallout from reporting a gender pay and bonus gap. Ensuring good internal and external communication about why the gap exists will be vital in reducing any reputational damage, and legal risk that reporting on a gap brings.”

“These new regulations will require larger employers to publish details about how they pay their workforce which might be quite controversial.  For some employers in various sectors such as finance or the media, the results are likely to be quite revealing.  It is quite possible that the figures, when they are published, will be debated fiercely due to factors such as, a strong correlation between female workers and (less well-paid) part-time work.

As the figures are set to cover the divide between men and women who receive a bonus, and proportion of men and women in each four pay quartiles – it could cause a big divide in workplaces across the country.

Despite the good that the legislation is aiming to do, it’s likely to lead to confusion among business owners or HR professionals who are unsure of how they should report findings, and ultimately, fail to address the underlying issues. It’s a very compliance driven exercise, and unless businesses are proactive in their steps to address the issues that the reporting has highlighted, it cause a headache HR professionals find they are unable to solve.”

“The revised gender pay gap reporting regulations published yesterday are broadly the same as the draft regulations. We do though have more detail on how employers should look to calculate their gender pay gap, including an employee’s hourly rate of pay, number of working hours in a week and bonus pay, which is useful for employers who are starting to analyse their data.

There are still no civil or criminal penalties for employers who do not publish their findings, although a failure to comply with the reporting obligations will now constitute an “unlawful act” which means that the Equality and Human Rights Commission will have the power to take enforcement action against employers who fail to comply.

Ultimately, however, the question of whether or not to report,  is a question for employers around what sort of brand they want to be, how they want to be perceived by the wider business community, and  how effective they want to be in attracting and retaining talent . Avoiding reporting could be a challenge for employers, not because of the strength of the legislation, but because media pressure and public perception may leave them with little choice”

“With the UK’s gender pay gap still at 18.1% according to the ONS in October 2016, companies have been gearing up for the delayed, but welcome, (rather un-snappily titled) Gender Pay Gap Information Regulations.  Coming into force on 6 April 2017 these will require private and voluntary sector employers with 250 or more employees to report on their gender pay gap between men and women within twelve months of a “snapshot” date each year (5 April). The first reports will be due by 4 April 2018.

The regulations will require employers to report, on an annual basis, the difference between average hourly pay and bonus (both the mean and median). Individuals to be included in the pay data are employees and those who contract to do work personally. This excludes partners but could include workers although only if an employer can obtain the relevant data. The Government’s decision in the final regulations to exclude lower rates of pay received by employees who are on family or sickness related leave on the snapshot date, will simplify the pay calculations and provide a more accurate reflection of any gender pay differences in the workplace.

The twin requirements to publish gender pay gap data both on their own websites and upload it to a Government website will shine a very public spotlight onto individual businesses pay practices. Although there is no legal obligation to do so, employers are likely to provide additional information to explain any pay differences, or highlight measures they’re taking to address gender pay gaps, to minimise any potential adverse reputational damage.

These latest regulations, together with the suggestion of extending features of corporate governance standards for PLCs to the largest privately-held companies or LLPs in last week’s Green Paper, points to the Government continuing to demonstrate its appetite for greater business transparency.”

“We have waited a long time for the final version of the Gender Pay Regulations to be published. There have been some welcome technical changes to clarify the methods for calculating the differential between male a female pay, and how to divide employees into quartile pay bands (previously the source of some confusion). The timeframe for publishing the information has also been brought forward, to within a period of 12 months from 5 April 2017, to mirror the requirements of the public sector reporting regulations.

However, as with the previous draft version, the Regulations are devoid of any significant enforcement provisions. The obligation for a ‘relevant employer’ to publish the information annually on its own website, as well as on a government website designated for that purpose, is not backed up by any civil penalty if the employer fails to publish the data, or publishes inaccurate or misleading data. Employers are not required to provide any explanation for a pay gap, or commit to taking any steps to address it (although of course may voluntarily elect to do so).

The explanatory notes to the Regulations clarify that the Equality and Human Rights Commission is empowered to take enforcement action if an employer fails to comply with an obligation imposed by the Regulations. However, the EHRC has previously stated that it would require additional powers (and resources) to do so.  It seems that the Government are largely relying on the threat of adverse publicity for those employers who do not comply with the reporting requirements, to encourage voluntary compliance.

For this reason and certainly in the short term, the Regulations are unlikely to make any significant impact on equality in the workplace. The Regulations commit the Government to a review of the Regulations within a period of five years, to assess the extent to which the intended objectives have been achieved. It might be the case that additional enforcement measures are introduced following this review, but it will very much depend on the political appetite to do so.”